A week or so ago I received a mail, which requested me to post pictures of the monsters from certain films.

I unfortunately could not find pictures from all the requested films (not yet), but in the meantime here are some images that will certainly come in handy: 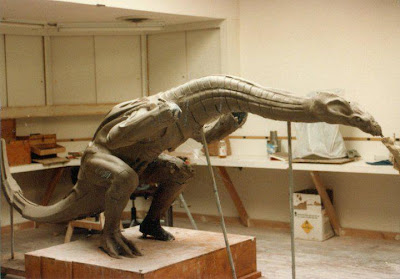 This is the small scale maquette, which estabilished the look for the Monster -- which would have only minor modifications. It was built by Michael McCracken's team. 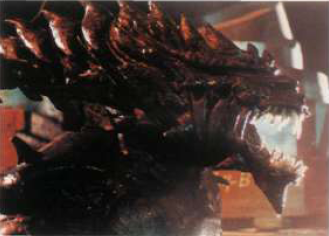 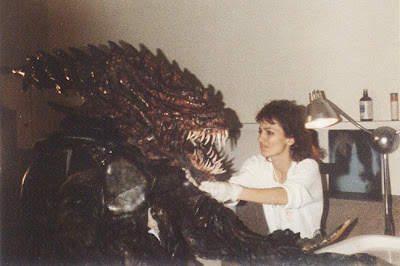 
Hope those are useful!


If you want me to post behind the scenes pictures from specific films, you can e-mail me at omegamorph@hotmail.it or omegakardas@libero.it . If I indeed have pictures I will post them away.
Posted by OmegaZilla

OmegaZilla
An avid Science-Fiction fan since early age, and an absolute maniac when it comes to Creature Features.